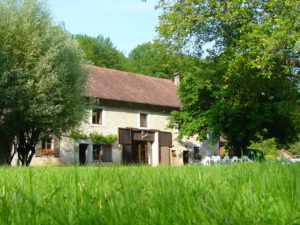 Rethinking the fishing trip on La Loue at the Moulin de la Piquette (France Comtè) is like remembering an event that happened many years ago. Maybe it’s because of the many times I’ve thought about it or because in just one and a half years, it has already won a significant place in my memories, today it’s still among the places that I consider mythical for fly fishing.

The Moulin de la Piquette, closed today after the death in August 2005 of Monsieur Gatez (the owner), was one of the classic destinations of European fly fishing. It was in the Gotha of those places from endless waiting lists, where without a good presentation, it is difficult to access. Fortunately my dear French friend Arnoud Bizot lives a few kilometers from Besancon, one of the most important towns in the area, and through his organization, we managed to book a week in the best time of year: the second week of June.

Monsieur Gatez had organized the stay at Piquette, finalizing fishing to all the rhythms of the day: in the morning fishing from one hour before dawn until breakfast at 09.00 am. Then fish until 12:30, when the lunch break was scheduled. After lunch, Gatez advised a nap for about an hour and then fished until 6.00 pm, when, personally, with his green military Citroen van, he retrieved the fishermen along the reserve, for an aperitif and dinner. After the meal around 19:30, we returned to fish until dark, fishing in the moonlight. It was just when there was no more light that the catches were more frequent and interesting, in terms of size and quality of the fish: the famous and unspeakable fario zèbre of Loue.

The food and lodging of the Moulin de la Piquette were also incredible. It was an old stone cottage, furnished with antiques, surrounded by tall trees, nestled between the meadows and the river bank. During meals, cheeses, fois gras, exceptional wines all of the highest quality, they completed an absolutely unique and unrepeatable fishing experience.

I remember with great pleasure to have known that delight of the real Comté cheese (which takes its name from this corner of France where it is produced) and the Mouches d’Ornans, a yellow imitation of ephemeral that seems to go back directly to De Boisset, absolutely necessary in these waters. 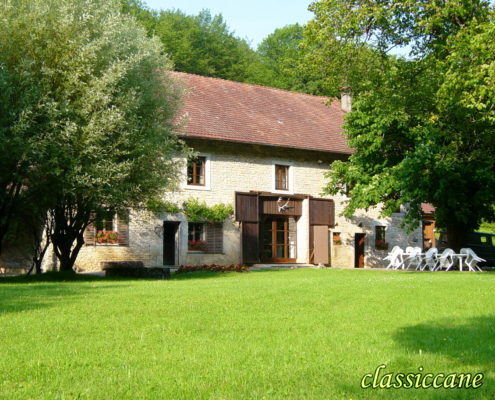 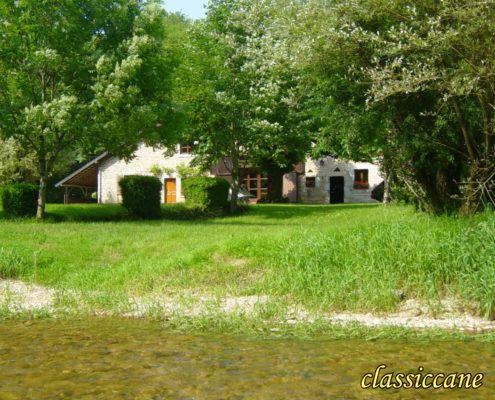 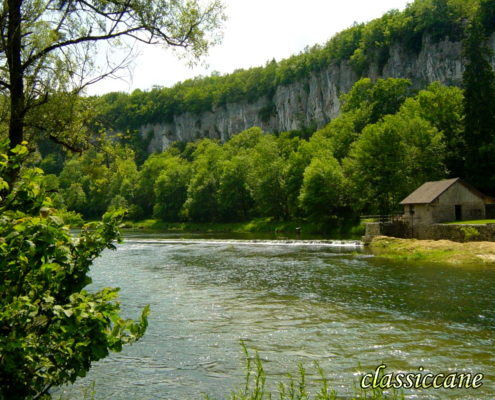 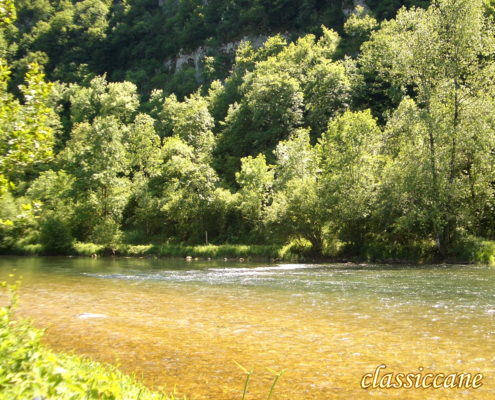 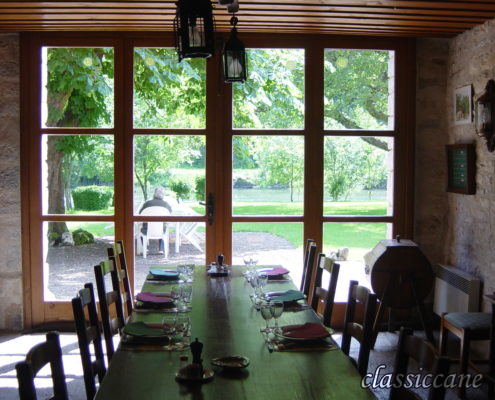 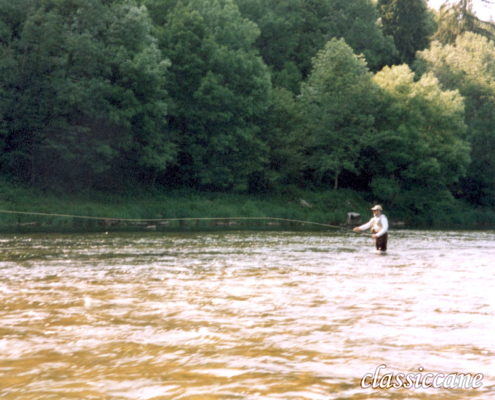 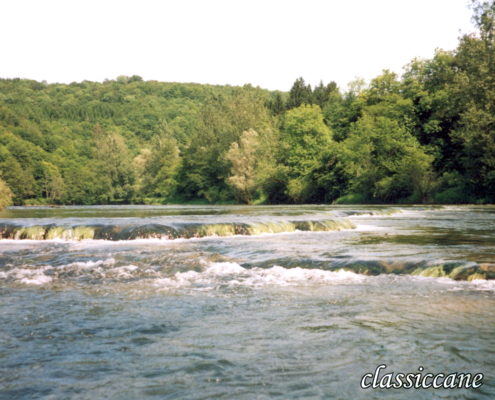 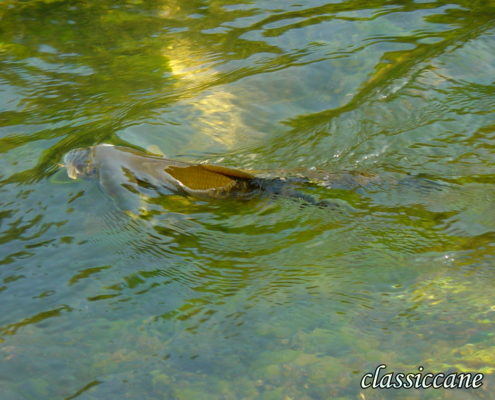 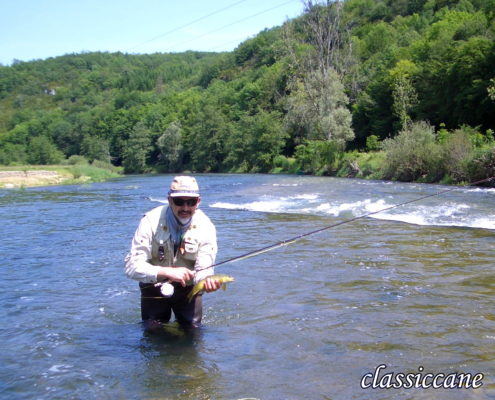 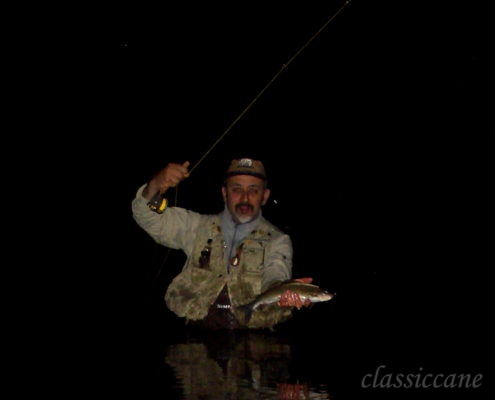 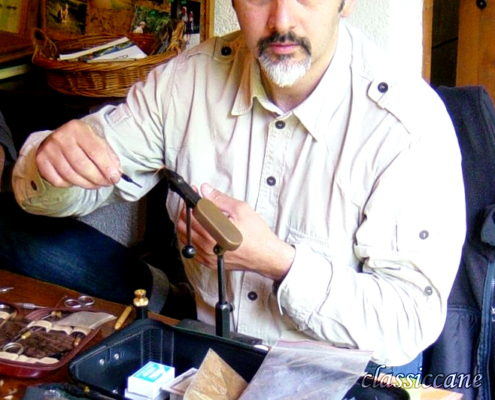 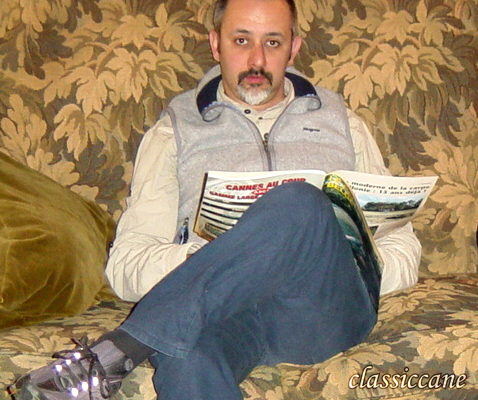 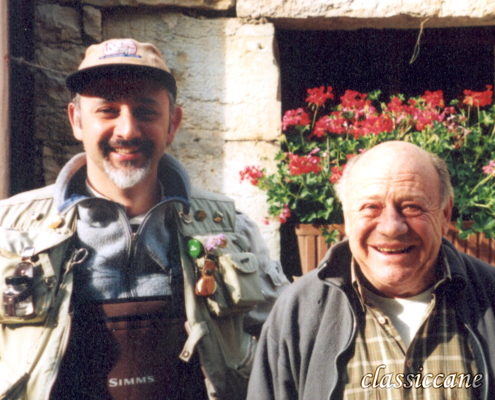 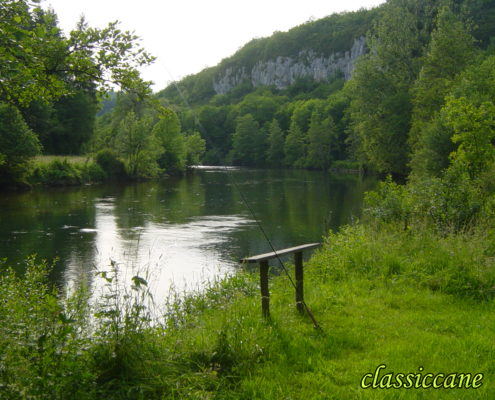 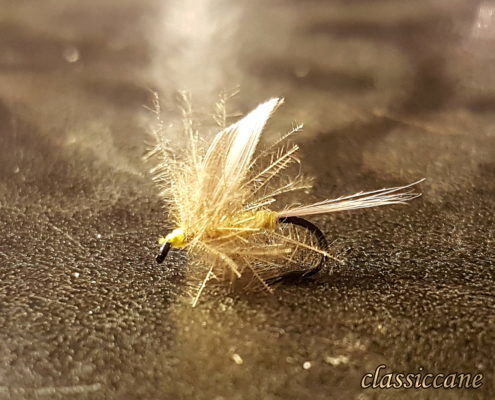